Skip to content
We generally get fascinated when we find something ‘WOW’ then it does not matter if it’s an object, a picture or a place.  Getting fascinated is nothing less than a new beginning, while you are in a period of fascination everything seems beautiful, you find ways to know more about that concept and gain as much as knowledge as possible. 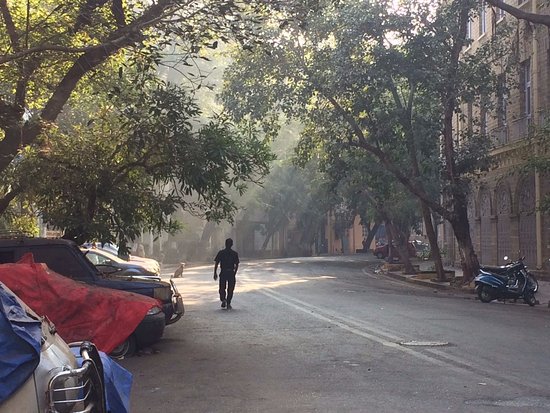 A few days back, around last week I took a heritage walk around my city as a part of my curriculum and trust me it changed my whole perspective of looking towards the city. It was 2/2 & half-hour walk the period of the whole walk was so informative, it was like I never thought there could be these stories behind these places. Right from the beginning to end there were numerous fun facts which made me say ‘o wow’ we saw colonial builds, ancient streets, some monument pictures of now and then, some pictures of the monument back then at that time were so different from the present-day picture of the structure.  Our guide also took us to the first luxury hotel in the city which was built in the late 18’s or 19’s the hotel name was ‘Watson Hotel’ I was shaken by seeing the state of the building in the present day, our guide made us saw the picture of the hotel when it was built how it looked,  it was very sad to see the present structure. There were barriers of ‘no entry’ around the premises the building had the balcony whose fence was made of iron which was now totally rusted. There were also many surveys conducted that what can be done with the building and solution drawn was to demolish. But will be a very huge loss for the city if such a beautiful building of that period is brought down to land it is the real heritage of the city. There are lots of memories attached to this structure of the people of that period.  The entire walking was amazing and the story of this luxury hotel made me feel that being the citizen of the city is not just enough there is a lot more duty to be performed as a citizen.
You know I realise one thing after this walk, I always thought travelling is all about going to different foreign lands exploring it, knowing it but what about own land, if we keep exploring the other cities and what about our own? I felt that I can travel living in my city, first I should know my city to the fullest then only I can step forward to other cities and then only it will make real sense of travelling.

Undertaking this walk was one of my best decision in travel life until now, there is a lot more to come and a lot more to get fascinated about !!! (Watson Hotel present and then)